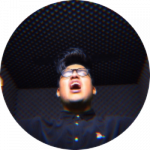 Electronic and house artist and producer. DJ for official events and unofficial parties

From Travers to the world. Born and raised from the streets of NYC, Bravo is labeled as an electronic/ house artist. Coming up the scene he deejays in a variety of events from Brooklyn, Rooftops in the city and self organized house parties. Not only is he focused on the deep sound of house, Bravo has also done open format parties including, reggae, hip hop and Spanish urban music.

The name Bravo comes from his choice of hair, he says. The influence came from the popular boomerang cartoon show named Johnny Bravo.
From his high school days he went by the nickname Rookie, and shortly after switched it to Bravo. The name Bravo went well through high school as he was deejaying, but not professionally. Entering into his second year at College he and his buddies decided to add Papi at the front. Papi is from latino decent so the word ‘ Papi ‘ represents his latino roots.

You can expect him to keep producing and coming up the music scene with his underground and synthetic sound filled with fat drops and progressive melodies.