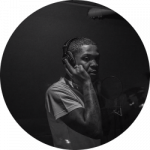 Victor Robinson, known professionally as “Slicktor Victor”, is an author, publisher, model, actor and up and coming music artist. Slicktor Victor first made a name for himself by appearing as a contestant on a series of reality television and game shows. Due to his passion to create and entertain, Slicktor Victor has expanded his artistic pursuits and has become a musical sensation overnight.

The 27-year-old singer/songwriter released his first EP “Love Hate Lust, Sex, Abortion, and Drugs” on February 14, 2018. The EP was released on various platforms and continues to receive rave reviews.

Behind The Curtains Slicktor Victor was born on December 24, 1990 in Newark, New Jersey. He began performing in school talent shows at an early age and later discovered his passion for writing as a teenager. Slicktor Victor went on to continue his education at Johnson and Wales University in Providence, Rhode Island where he studied Sports/Entertainment and Event Management. After graduation, he decided to become an entrepreneur and started Slicktor Victor Entertainment, LLC in 2013. He then put out his first book, “The Best Four Year Vacation Ever!” and simultaneously began his own publishing company.

With such notable accomplishments under his belt, the multi-talented Newark native is more than ready to become a household name. For Slicktor Victor, this is only the beginning.