A vegan’s guide to optimizing omega3s EPA and DHA levels 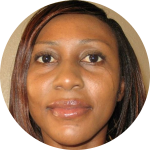 Omega3 fatty acids are healthy fats associated with a wide range of health benefits including brain development, eye health, cognitive function, and anti-inflammatory activity.  The three main forms of omega3 fatty acids are alpha-linolenic acid (ALA), eicosapentaenoic acid (EPA), and docosahexaenoic acid (DHA).  ALA is considered to be an essential fatty acid because the body isn’t capable of making this omega3 fatty acid and it can only be obtained from diet.  The body can make EPA and DHA from ALA.  All three major forms of omega3 fats are needed for optimal body function.  Notable plant-based omega3 sources are flaxseed, chia seeds, walnuts, cabbage, leafy greens, soy, hemp seed, seaweed and algae.  Seaweed and algae are among a few known direct sources of vegan EPA and DHA.   Wakame, spirulina, chlorella, kelp, and nori are examples of the various forms of seaweed and algae.

Should vegans be concerned about omega3?

EPA and DHA forms of omega 3 fatty acids are often considered to be among the vital nutrients lacking in vegan diets.  The reason for this concern is that various vegan omega3 sources are rich in ALA while EPA and DHA are found mostly in fish and tend to be rare among plant sources.  However, this concern doesn’t seem to be a valid one if you consider that the body can convert ALA to EPA and DHA, thereby, helping vegans obtain adequate EPA and DHA.  Still, the argument that rages on is that the conversion of ALA to EPA and DHA is very low.  And the amount of DHA derived from this process is so much lower compared to EPA.  Going by this analysis, a vegan diet is naturally deficient in EPA and DHA.  So, what can vegans do to get adequate EPA and DHA considering that these two forms of omega3 are rare among plant foods and conversion of ALA to EPA and DHA isn’t efficient?

Now, let’s talk about the three secrets to boosting EPA and DHA on a vegan diet.   By simply taking these three steps, vegans can meet the body’s EPA and DHA requirements.

Overall diet composition has such a profound influence on EPA and DHA.  A vegan diet containing a very wide variety of plant whole foods tremendously enhances EPA and DHA levels.  One reason for this is that some healthy foods improve the conversion of ALA to EPA and DHA.  Turmeric, for instance, is known to significantly increase the amount of DHA derived ALA.  This is a highly beneficial attribute since production of adequate DHA from ALA doesn’t happen easily.  Also, zinc is able to boost the amounts of EPA and DHA made from ALA.  Hence, a highly diversified vegan diet that includes turmeric and foods rich in zinc is a reliable method of obtaining adequate EPA and DHA.  Some vegan sources of zinc are chia seeds, lentils, beans, chick peas, flaxseed, quinoa, walnuts, cashews, pumpkin seeds, hemp seeds, whole grains, spinach, wholegrain wheat, wholegrain rice, and wholegrain oats.

Besides, turmeric and Zinc are just examples, there are other nutrients in wholefoods known to contribute to high conversion of ALA to EPA and DHA, and there is also a high possibility that we are yet to know additional nutrients that possess this quality.  As such, following a highly diversified plant wholefoods diet provides access to a wide range of nutrients that aid in maximizing the quantity of EPA and DHA made from ALA.

Another way variety turns out to be highly advantageous for EPA and DHA in a vegan diet is that there is an increased likelihood of eating those rare sources of EPA and DHA.  Algae and seaweed are known sources of EPA and DHA and it’s wise to eat a broad range of these vegetables.  Furthermore, the advantages of diversity go far beyond omega3, there are countless other benefits related to following a varied diet.

The effect of vegan junk food on EPA and DHA serves as another reminder that you can’t ignore overall diet; how nutrients from one food behave is profoundly influenced by other foods present in a diet.  Minimizing vegan junk food to the greatest extent possible is key because research shows conversion of ALA to EPA and DHA to be severely impeded by the presence of trans fatty acids, refined vegetable oil, and other unhealthy foods.  Trans fats are found in partially hydrogenated fats like margarine. Vegans need to be particularly wary of eating these fats because in addition to causing several other health problems, trans fats have been found to significantly reduce conversion of ALA to EPA and DHA.

Vegetable cooking oils like sunflower cooking oil and soybean oil adversely affect conversion of ALA to EPA and DHA due to the presence of high levels of omega6 fatty acids.  High amounts of omega6 fats in a diet create an unhealthy overall ratio between omega3 and omega6 fatty acids.  In a healthy diet, the ratio of omega3 to omega 6 is about 1 to 3 omega 6s for each omega3.  High intake of vegetable oil increases the amount of omega6s for each omega3, leading to inefficient conversion of ALA to EPA and DHA and subsequently, EPA and DHA deficiencies among vegans whose diets are high in vegetable oils.  Nonetheless, eating the wholefoods vegetable oils are made from doesn’t create an imbalance in the ratio between omega3 and omega6 because nutrients in wholefoods exist in correct proportions designed to properly nourish the human body.  Subjecting food to processing – like is the case with vegetable oil – tremendously alters the natural balance of nutrients.

Another way trans fats and vegetable oils lead to inadequate EPA and DHA is that they take up space in a diet that would potentially be occupied by healthy omega3 sources.  Partially hydrogenated fats are common ingredients in foods like chips, cookies, corn snacks, crackers, baked foods, fast food, coffee creamer, and cakes.

Getting adequate EPA and DHA forms of omega3 fatty acids as a vegan is very much attainable if you are following a well-planned, nutrient-dense diet.  Load up on different plant foods rich in omega3 and follow a highly diversified whole foods diet.  Variety is an important aspect of any healthy diet as it increases availability of EPA and DHA as well as several other nutrients.  Vegans who eat wholefoods but limit variety of what they eat may not be getting adequate EPA and DHA.  And the omega3 status of vegans who live on junk food is of great concern.  Diets founded on vegan junk food are enormously deficient in all forms of omega3 and lack proper nutrition in general, thereby, substantially increasing the risk for ill health.  Even as a vegan, you have to watch what you eat and ensure that your diet is filled with wholesome nutrition.

Hi there. I’m a Holistic Health and Wellness Coach and Educator. I passionately raise awareness about how daily habits like diet, exercise, sleep, and stress management affect our health. I have experience coaching people battling diabetes, cancer, heart disease, obesity, and other chronic conditions. For more than twenty-two years, I have studied the relationship between lifestyle and health and used my knowledge to motivate people to live healthy and help them reach their health goals. I emphasize a holistic and sustainable approach by encouraging a lifestyle capable of sustaining long-term wellbeing of the whole person as opposed to obsessively looking at short-term solutions to single issues. Over the years, I have specialized in coaching people how to: 1) Defeat diabetes through healthy holistic living. 2) Follow a vegan lifestyle that promotes good health, saves animals and contributes toward a cleaner planet. I look forward to making your journey to better health a fruitful one. See you soon 😊

Why low-carb diets are shortsighted and narrow

Low-carb diets are talked about regularly in the dieting community.  A typical low-carb diet restricts foods containing sugar and starch, even health ...

A vegan’s guide to optimizing omega3s EPA and DHA levels

Omega3 fatty acids are healthy fats associated with a wide range of health benefits including brain development, eye health, cognitive function, and a ...

Serotonin: Digestive System, Gut & Brain Function are all connected via our Vagus nerve

I want to help you invest in yourself, restore and effectively maintain balance through food, mind, and body connection. First things first, what is ...